I know…it’s summertime! Trust me, I’m well aware of it … but I’m still wanting soup here and there.

I got home from work on Monday and it was a little after 6pm. I skipped the gym, but Hubby had went … so I had time to myself … original plan was to make Cobb Salad … but I saw this when I opened up the fridge: 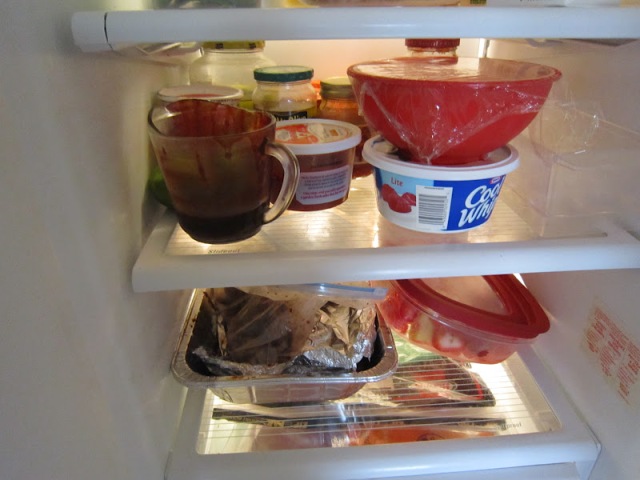 Not sure what happened, but basically, I had a slight hissy fit. Yeah. It was the foil pan with the tin foil collapsed because SOMEONE tossed stuff on top of it. Ummm…don’t ask what was in the pan, you will find out tomorrow 😉

So … while I tackled this “small” project, I decided to toss the stuff together to simmer while working. (NOTE: anything that holds massive amounts of food should never be considered a small project).

1 carton of chicken broth
4 cups water
2 tbs chicken bouillon
1 tbs grated ginger
1 garlic clove, minced
1/4 to 1/2 tsp red pepper flakes
cooked chicken (I used the chicken I made in crockpot, shredded)
1 pkg ramen noodles (discard or save the season packet for something else)
2 smallish peppers (I didn’t use the minis this time)
handful of snowpeas, trimmed and broke in half
1 lime, juiced
chopped scallion for garnish
chopped cilantro for garnish
salt as needed

Reduce the heat. Break up the noodles and add them along with the chicken to the broth. Let simmer for a bit. 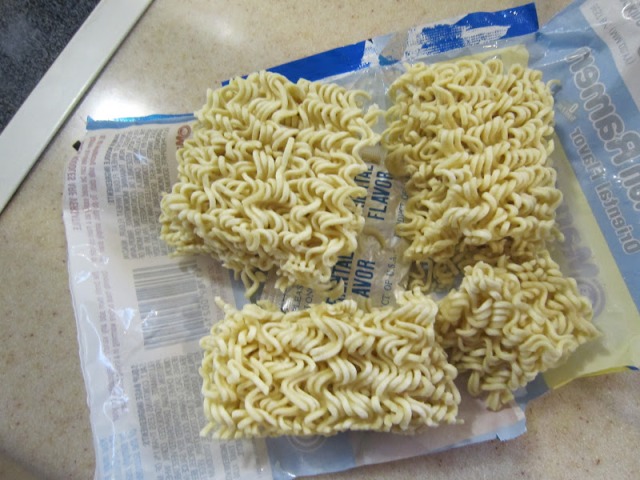 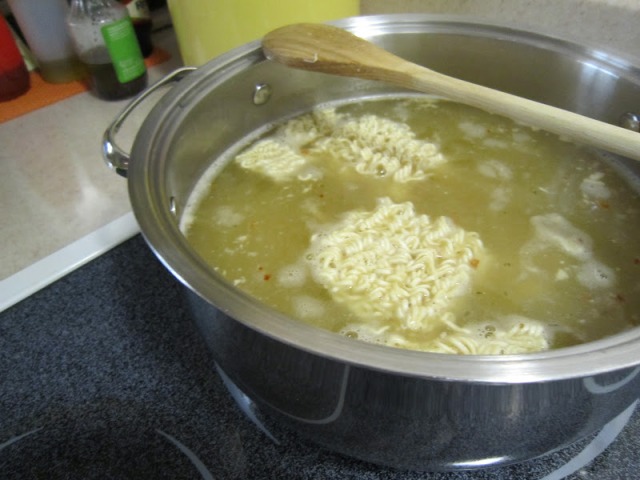 Add the peppers and peas and lime juice. Allow to simmer til veggies are a little soft. Taste, and add salt if needed.

Dish up and top with scallion and cilantro if desired.  Enjoy.