After the big shop on Saturday and the fact that Hubby will be home more during the week I am hoping to have a BETTER week than last week … we went out TWICE last week (once to Sweet Tomatoes and the other time was a new local pub we discovered) … and it was just a hectic week to boot for me at work and the last thing I wanted to do was cook when I got home.


I DID make the ranch pork chops … we didn’t eat them that night but man, they were DELICIOUS and I will need to get the recipe up here this week! Was really glad that Hubby got the premade mashed potatoes out of the guest fridge and heated them up to eat with the chops. He also told me they are definitely on for a remake … I need to try again with more homemade ingredients instead of the premade stuff …


Because I made some real crappy food choices last week, this week will be heavy on veggies and such …

Sunday – Spaghetti with a nice salad and garlic bread … would like to make a caprese salad too as the tomatoes are beautiful and I already have the fresh mozzarella that I need to be using up … UPDATE: this was so shoved aside … met a girlfriend of mine down the street to listen to a cool band, had a few (!) drinks, shrimp cocktail, steamers and filet mignon sliders … poor Hubby … he had to fend for himself.

Tuesday – needing to stick with a minimum once a week crock pot meal and really need to look at my work calendar to see which day is best … this could get swapped out with Thursday … looking forward to some Salisbury Steaks again … hoping Hubby can make the mashed taters to go along with it! Instead of the grilled veggies, I will make some roasted veggies instead! 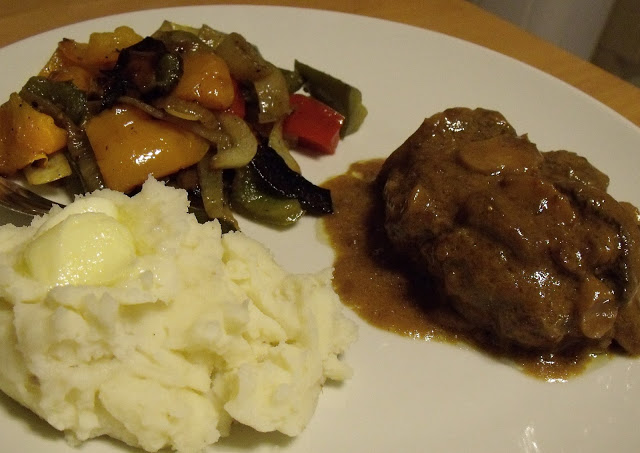 Wednesday – Soup and sandwiches/salads…of course, I’m sure Hubby will want to do Sweet Tomatoes at some time this week so that would sub for this choice … they have French Onion Soup and he’s bonkers over it 🙂  IF I make soup, of course, AGAIN, I will try to make the Benihana Onion Soup … I’m telling you, sooner or later, I will remake it!


Thursday – Chicken Lettuce Wraps since I didn’t get around to them last week and NOW I have those awesome baby romaine leaves to use! 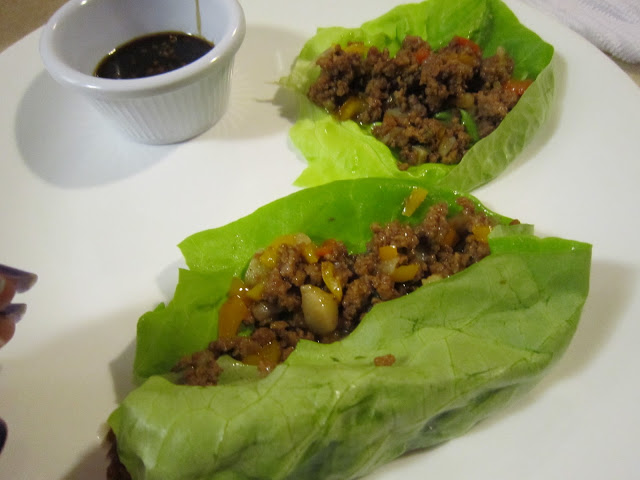 Saturday – Hubby’s choice … most likely will opt to make fish …


What are you making this week?