There were a few shops this past week and honestly, I should could have stayed out of the store. Spent a total of $137 … I really thoughtI had stayed under $100 but then forgot about the last minute run Saturday night for the boat trip … THIS WEEK WILL BE BETTER!

My dad went back to the hospital again on Thursday because he “couldn’t breathe” again. They hooked him up to a BiPap machine which he really hated as the mask is huge, it’s strapped on your forehead and around your chin AND forces air down your air passages. Kept trying to tell me that if he could get some nose drops to clear out his nose, he’d be fine. Insisted that it was his stuffy nose. No, Dad, it’s COPD. That’s the sad truth about it all … As many times as I’ve been to the hospital with him, this is the first time I was really scared for him and the first time in the Cardiopulmology ICU …

Anyways. Needless to say, the menu plan fell on the wayside Thursday, but Hubby had something going in the crockpot from the morning … he called it “hodgepodge” I called it a simplified version of Shepard’s Pie. It was tasty and just what I needed after 8 hours at the hospital.

Thankfully, Dad was released in record time Sunday afternoon … I was able to get home by 4pm, had my bikini and beer in hand by 4:15pm, and Hubby and I soaked up some rays poolside til 6pm. Great way to end a weekend, let me tell you.

Here’s what I’m aiming for this week … I will be out Wednesday and returning late on Thursday for the annual Halloween Horror Nights excursion with the kids and girlfriends. All of us are in different financial crisis so we are keeping it extremely simple this year …

Sunday – After our chilling by the pool, we opted to go the easy way out and made chili cheese dogs … they were delicious as it’s been a LONG time since we made them …

Not a very pretty picture, but it was delicious! 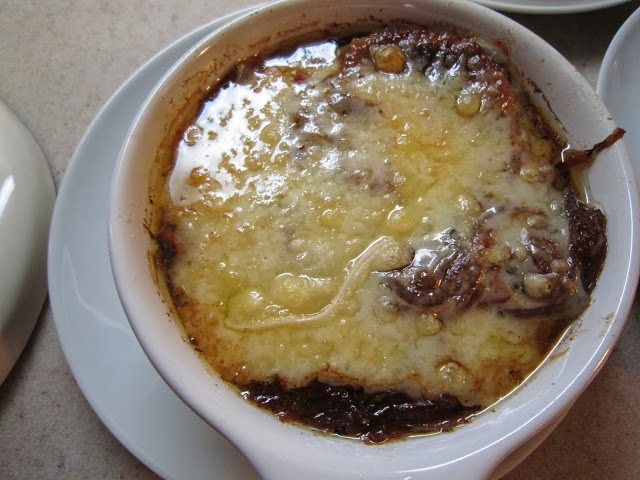 Thursday – back, late and I think Hubby will put something together

Friday – we WERE to be kid free (Princess) as she’s off to Key West (as her mother, I’m worried about her and Fanastyfest) but Sonny Boy is hopping a ride back with us girls for the weekend … burgers on the grill (beef in freezer, will need to buy buns)

Saturday – Same as Friday, although I’d like to keep it just as simple … maybe do some pork chops or something (have in freezer) …

Linking up with Menu Plan Monday … go check it out!