Here are some of the Frugal Activities we did this past week:

1. Menu planned, now that Hubby is back home again for this week at least.  I really worked hard to use WHAT WE HAD ON HAND. No joke, there’s a bunch of stuff in the house to eat. Ate all 7 breakfasts at home, made my lunch all 5 days to take to work AND ate at home 6 of the 7 dinners. We did go out one night, just ‘because’ … Hubby was wanting a simple night, I guess 😉  Did we stick to the plan? Heck no, but we still ate plenty of food at home which is the whole purpose!

2.  Opted to go to Aldis for the milk and bread and a few other items (oops, forgot the applesauce!) … milk is $3.49 vs $4.xx at Publix. Even Whole Foods milk is cheaper than Publix. Took $50 in cash with my goal to only spend $30, tops, hit $45 and put stuff back before I got to the check out lane … checked out with $42 total. Not quite what I planned but I’m ok with what I bought.

4.  Hubby had emailed the manufacturer of his charcoal chimney grill about ordering some replacement parts. They sent a new leg (was shorter than the others and we had to put a wedge under it), grate and the thing the charcoal sits on for FREE. Ha. We’ve had this thing for 3 years. He repainted the lid and it looks like new, good for another 3 years at least!

5.  Set up all my debt payments for the month. Also set up what other bills were here already to pay. Used the online banking to pay for everything.

6.  Went to see my dad one night after work (since we are boating over the weekend). He needed a few things so I stopped at Costco (it’s right on the way) to pick up for him and also grabbed a container of spring mix for me along with a few other veggies too. I’m proud of myself for not picking up more than I did.  As I was strapped for time, it was seriously IN AND OUT! Spent $65 total (and it was 75% my dads stuff)

7.  Hubby took the Tahoe to get an oil change and the tires rotated at his favorite oil change place (um, he’s a car freak and VERY meticulous on his stuff and this place recognizes it!). This is to hopefully facilitate a faster sale of the thing. We’ve decided that money should be paid towards the first mortgage principal balance.

8.  Made a batch of  honey mustard dressing to go with my spring mix 😉 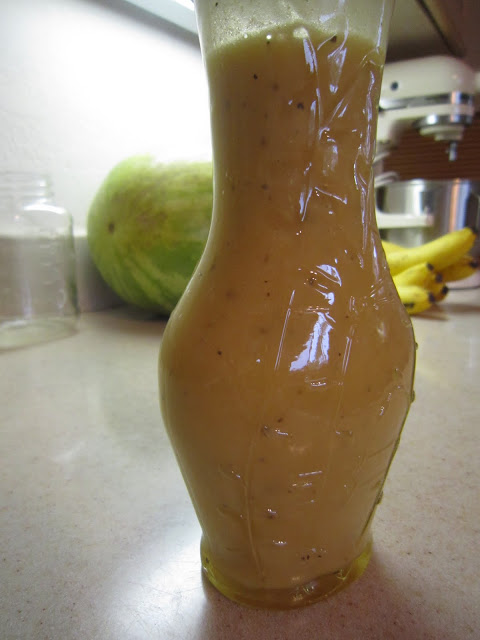 9.  Made a batch of stain remover to keep hubby’s shirts sparkling white!  Which, geesh, have I STILL not done a post on this? Coming up this week!!

10. Going on boat this afternoon (Saturday) and will empty out both ice makers in the house to dump in cooler. I just can’t believe that we STILL pay for ice for the coolers when we have 2 ice makers. The 3rd one (in main kitchen) leaks so we shut the water off to that one. Maybe I should research and have a repair done?

11. Finally returned the steamer I picked up in April. It leaked from the water reservoir and I wasn’t overly crazy about. $53 refund … shopped around a little and picked up 2 cool packages of paper napkins (fun), 2 pretty blue BPA free wine glasses and 2 BPA free margarita glasses. Just an FYI … the salt does NOT stick to the plastic. I knew this in the back of my mind and still bought them. Oh well, safer outside and on the boat!

And of course, with full disclosure, here are some of the NOT so Frugal Activities we did this week:

1.  Went to dermatologist for my 6 month ‘beauty treatment’. Ahem. I’m 50, ok? Hubby made a big mistake in listening to my whining around Christmas and paid for half of the first time. Do I really need to tell you what its’ for? Ahem. Botox. Or really, Dysport. Yes, it’s a very NON FRUGAL thing but for me, it’s worth it. Luckily there was a special of 20% off this month so I saved quite a bit. Yes, I am looking refreshed and way happier (the alternative would be to have an eye lift, which, to me, is way invasive!

2.  Hubby and I went to our favorite pub to grab some food and a couple of beers. We came home and evaluated the tab and decided maybe, just maybe, next time, get the food to go and drink our OWN beer at home as half the tab was the 4 beers (at $4 and $5 a pop). Or we could just suck it up and make our own food, even when we don’t feel like it 😉

All in all, not a lot of Not So Frugal activities this week!  Did you notice, no real store shopping except Aldis last weekend?

Looking forward to sharing over at Money Propeller and The Prudent Homemaker … go check them both out!