This may be a no brainer to some of you, but I am amazed that others don’t know this …

Have you ever brought home a bunch of green bananas, telling yourself that they will somehow ripen one at a time, instead of the whole bunch in one day, sometimes, within hours?? 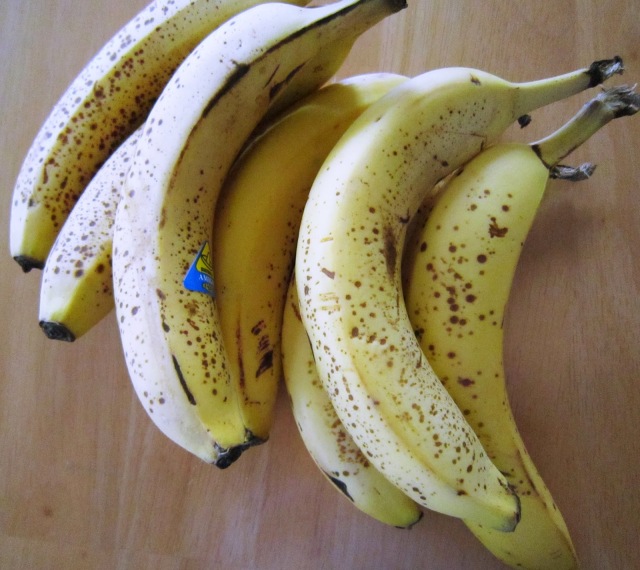 And the next thing you know, there are brown specks all over the skin, and the younger people in the house will refuse to go anywhere near them NOW!

Unfortunately, I am not a big fan of banana bread, so those overly ripe, soon to go south bananas will not be used for that. But at 69 cents to 99 cents a pound, I’ll be darned if they go in the trash! No Way!

Go ahead and do this.

Peel all the ripe bananas and break them in half and toss in a ziplock bag. 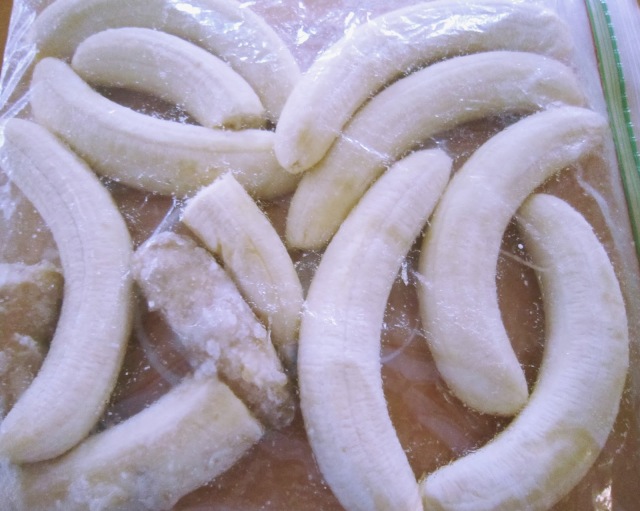 Squeeze the air out of the bag and put in the freezer.

Tomorrow morning, or the next day, week, whenever you want to make a smoothie, pull out 2 halves of the banana, toss in the blender with the rest of your smoothie ingredients and let it rip.

Check out some of these smoothies I make with bananas …

Go ahead, freeze them bananas and give a one of these smoothies a try!

NOTE: I’ve read that I can just whip up the frozen bananas in the Vitamix and have a faux soft serve ice cream … I’ve not tried that yet, but will some day soon when I have an abundance of frozen bananas … we seem to be going through them quite quickly lately.


Looking forward to sharing at some of these great Parties … go check them out!

3 thoughts on “A Bunch of Bananas”